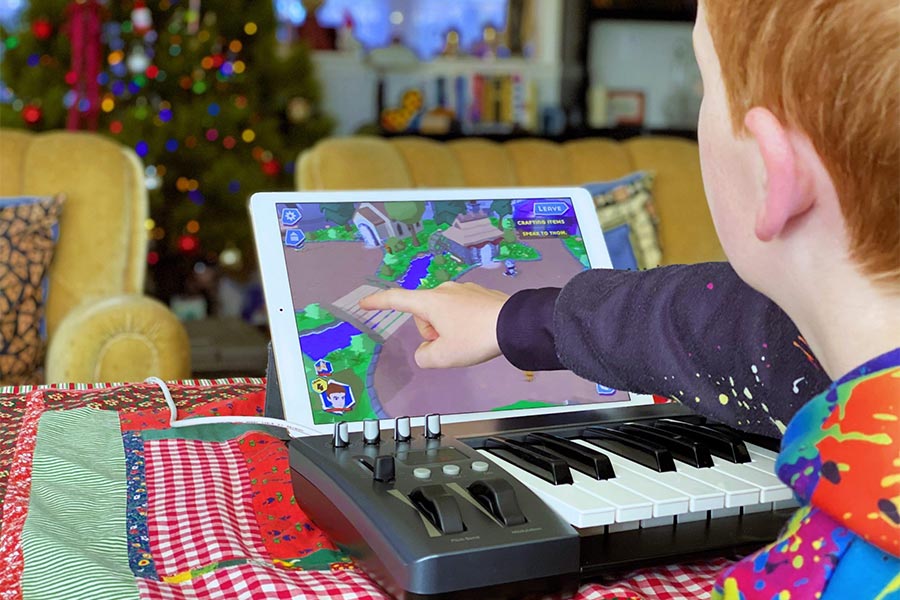 Aiden Loves Keys & Kingdoms! Learning to play the piano is fun with this adventure game from MeloQuest.

Our family loves the Keys and Kingdoms adventure game…and here’s why.

Let’s assume you have a musical child (or one that would like to be). But you can’t get them to stay with their piano lessons? (In fact, 80% of students eventually drop their lessons.)

Let’s also assume that you are concerned about the violence and intensity of video games on the market, but your young child would really like to play those games. It’s a dilemma for parents, right?

Keys and Kingdom can solve both of these challenges!

This adventure game gets a big thumbs up from the staff at US Times!

We watched 8-year-old Aiden turn it on, and before we knew it, he was having a great time playing non-stop until we yanked him off for dinner.

Keys and Kingdom comes complete with a keyboard controller, an iOS adapter cable as well as a USB Midi cable and the code for a 3-month subscription.

It plays on Windows, Mac and any iOS device (we used it on an iPad Pro).

The game lets you set up to 3 player profiles. (A good thing, because an older cousin wanted to try it as well!)

Within a very short time, Aiden was improving his rhythm, singing/humming to the notes and learning how to place his hands on the keyboard so he could play piano. All while enjoying an adventure game, picking his hero, his companion and his “foes.”

was not as invasive as other video games.