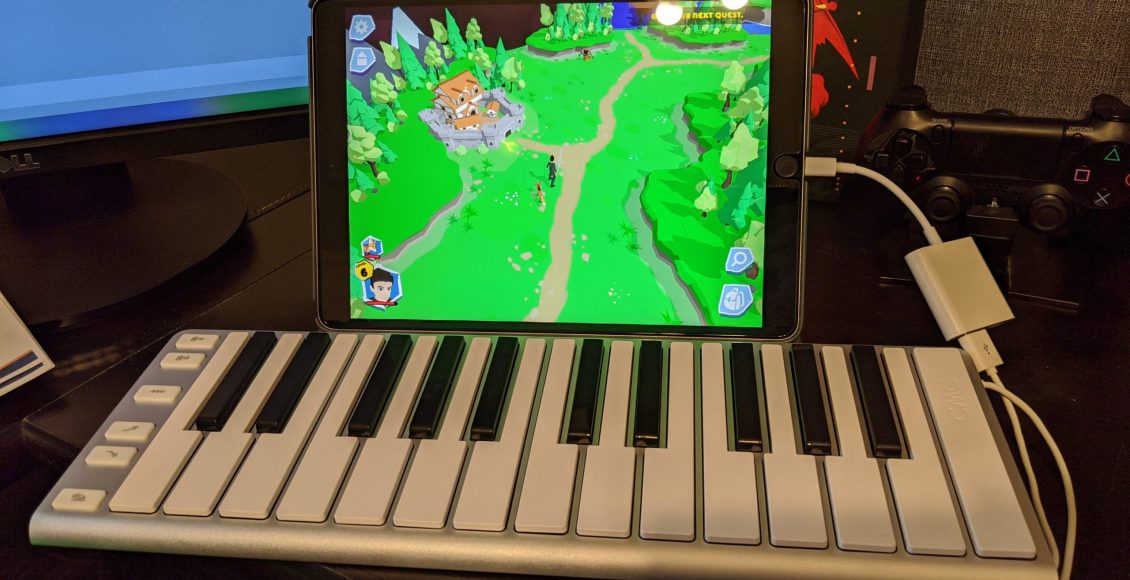 Keys and Kingdoms is a musical role-playing game that not only teaches you the fundamentals of proper finger placement and play-by-ear training but puts a bit of magic into the process.

I personally long for the return to educational games like the way they used to make them. Mario taught me typing, Carmen Sandiago showed me the world, and The Oregon Trail made sure that I would never drink dirty water.

They were clever, colorful, and most importantly they got the job done: teaching kids while still staying fun and challenging. Keys and Kingdoms reminds me a lot of the classic approach of making sure kids are having fun while disguising the fact that they are learning through this intended osmosis.

My eldest son said it best, “I don’t even know how I knew that.” But he did, and he did it well.

Where Keys and Kingdoms excels, of course, is its ability to teach, but it’s the gameplay that makes the game so fun.

After picking how your character looks, with a somewhat limited amount of hairstyles and basically no clothing options, you jump right into the story with a tutorial that teaches you the basics. It’s an absolute requirement for a game like this, so it’s one of the few times that I will let hand-holding in modern games slide.

The rest of the game you’ll move through the colorful map of the land of Harmonia with an animal companion at your side and take on enemies on the otherworld. The animal you pick, which you can name yourself, becomes your faithful buddy to help beat up baddies.

Once in a battle, it’s a matter of call and response every time the enemy attacks you. You are required to listen to the notes being played for you, then you play them back.

If you play the sequence without hitting any notes, you will perfectly block the attack, delivering little to no damage. If you want to attack, you must follow along the string of numbers on the beat — each number represents the appropriate finger on the keys and there are corresponding colors for each hand — and in order to do the most damage, land each note perfectly.

The clever part of all of this is that Keys and Kingdoms substitutes these numbers instead of notes, completely bypassing the letters and instead gives you something simple — such as counting your fingers — to rely on. By doing that, the system allows kids a frame of reference that is tangible instead of simply reading sheet music.

This is an absolute game-changer when it comes to getting fidgety kids to understand the fundamentals of music and it does so quite effortlessly while still managing to engage visually and providing real goals, and the primary way that goals are managed are through quests…